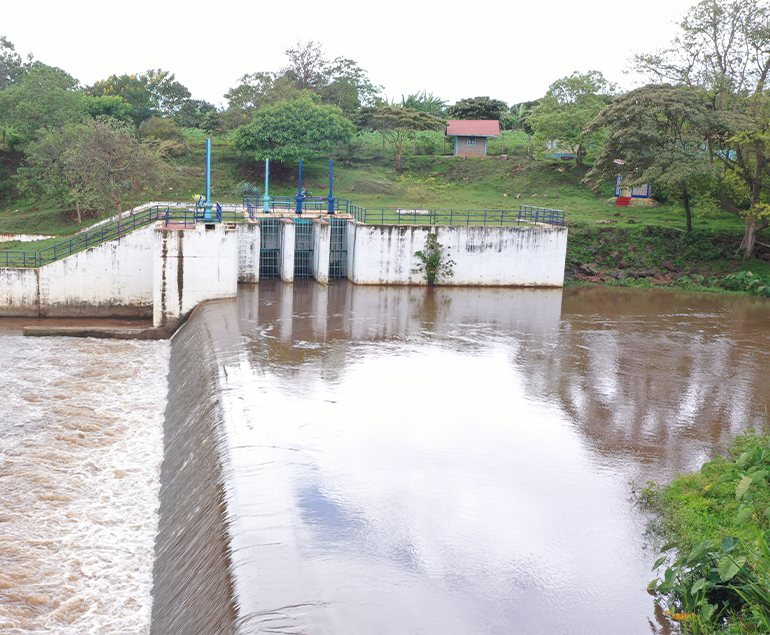 Unyunyizi News continues with its series of explaining irrigation words and terms to stakeholders, among them farmers, and putting them into context. In this edition, the term is ‘Water Conveyance’.

Water conveyance is the process of channelling water from its source (river, water pan, dam, tanks…) to the farm. This can be through tanker trucks, canals, pipelines, siphons, and sprinklers among others.

At Mwea Irrigation Scheme, water is drawn from Thiba and Nyamindi rivers. The water is collected in a weir, channelled to the farms through a canal to irrigate crops through different irrigation systems. This is the case in the irrigation schemes under the Authority’s management. (Refer to Unyunyizi News 6th, 7th and 8th editions for in-depth assessment of weir, canals and irrigation systems at https://www.irrigation.go.ke/newsletters/).

In Galana Kulalu Model Farm, water is abstracted from River Galana at the intake and pumped to a filtration point after which it is conveyed to the farms through High Density Polythene (HDPE) pipes and used to irrigate crops using centre-pivots, drip, and sprinklers.

Muringa Banana Irrigation Project on the other hand uses pipelines to convey water. Water is trapped from Mutonga and Maara Rivers into a water intake point. It is then directed to the farms using pipes. The beneficiaries use sprinklers and drip to irrigate crops.

The Authority is also excavating water pans across various counties. Water is channelled to the water pan using an inlet for storage. The farmers draw the water in various ways, including solar, moneymaker and motor pumps to irrigate using sprinklers, drips or furrows.

80 percent of Kenyan land is arid and semi-arid; so, it is needful to use water responsibly for maximum gains. There are many water-saving measures that may be used by both large and small-scale farmers.

The Water Saving Rice Culture and System of Rice Intensification first introduced in Mwea Irrigation Scheme are some of the methods that have not only proved to be efficient in saving water but also increasing yields.