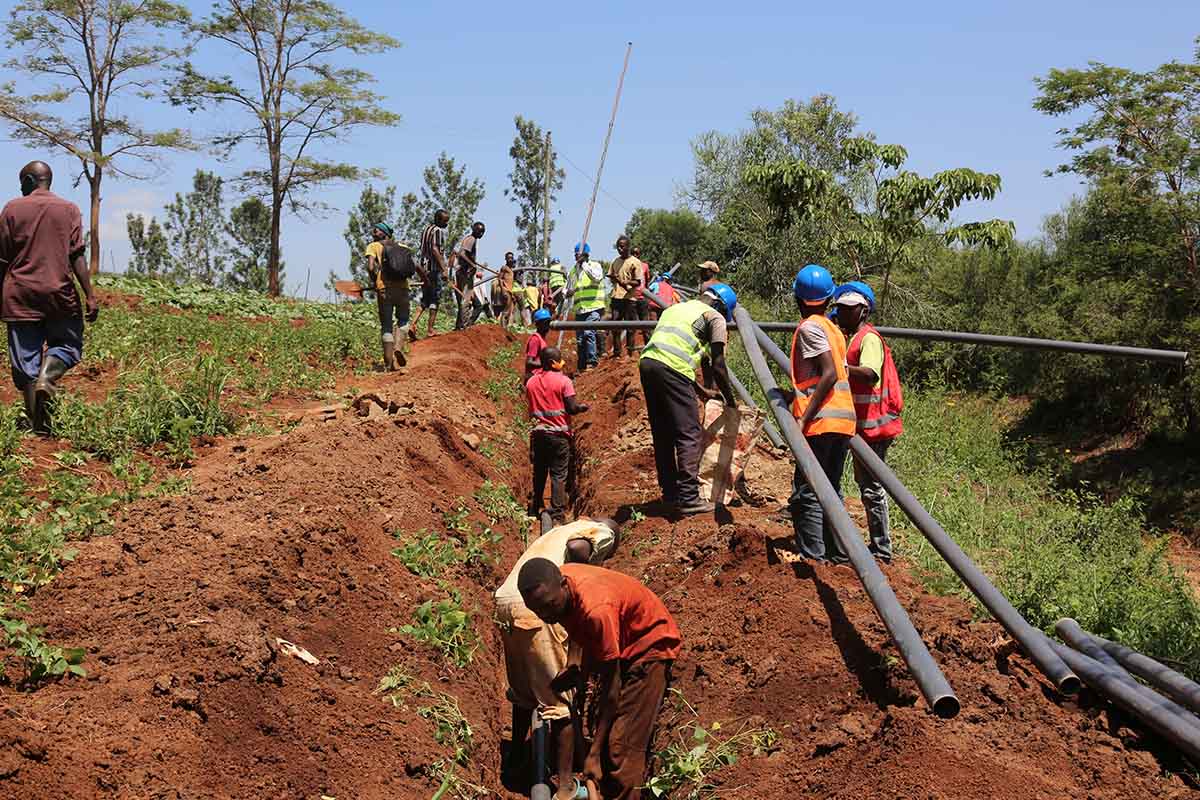 One of earth’s most essential resources is water. As stated in the United States Geological Survey, 2009, despite 71% of earth being covered in water, 97% of it is salty and 70% of the fresh water frozen in polar icecaps and the 30% present as soil moisture or lying in underground aquifers. This makes only 1% of the world’s fresh water readily available for direct human uses.

In Kenya, over 80% of the land is arid and semi-arid receiving relatively low amounts of rainfall. As a result, about 30% of the population of Kenya experiences water scarcity having occupied these lands.

In a bid to contribute to Kenya’s Vision 2030 economic and social pillars, Big 4 Agenda pillar on Food Security and Enhancing Manufacturing as well as steering Kenya towards availability and sustainable management of adequate water and sanitation for all, the National Irrigation Authority has implemented and continues to implement various projects. These projects range from expansion of public irrigation schemes, construction of dams and household water pans, drilling of boreholes and installation of water conveyance pipes amongst others. All these aimed at solving water problems and those caused by lack of it such as its scarcity and food security respectively.

In Kenya, over 80% of the land is arid and semi-arid receiving relatively low amounts of rainfall. As a result, about 30% of the population of Kenya experiences water scarcity having occupied these lands.

Through these projects, the National Irrigation Authority has increased the access to water by communities and opened up more land to irrigation thereby supporting livelihoods mainly through agricultural production and watering of animals thus contributing towards the achievement of food security in Kenya.

Water being a scarce resource in Kenya, management of its resources is a challenging task and requires innovative approaches. The Household Irrigation Water Storage Project is one such innovative approach taken by the Authority. The project’s main aim is to harvest surface runoff especially during the rainy season for the purposes of storing it for use during the dry seasons. Through drilling of boreholes, the Authority has also increased access to the water stored in aquifers hence increase of water for domestic use amongst communities.