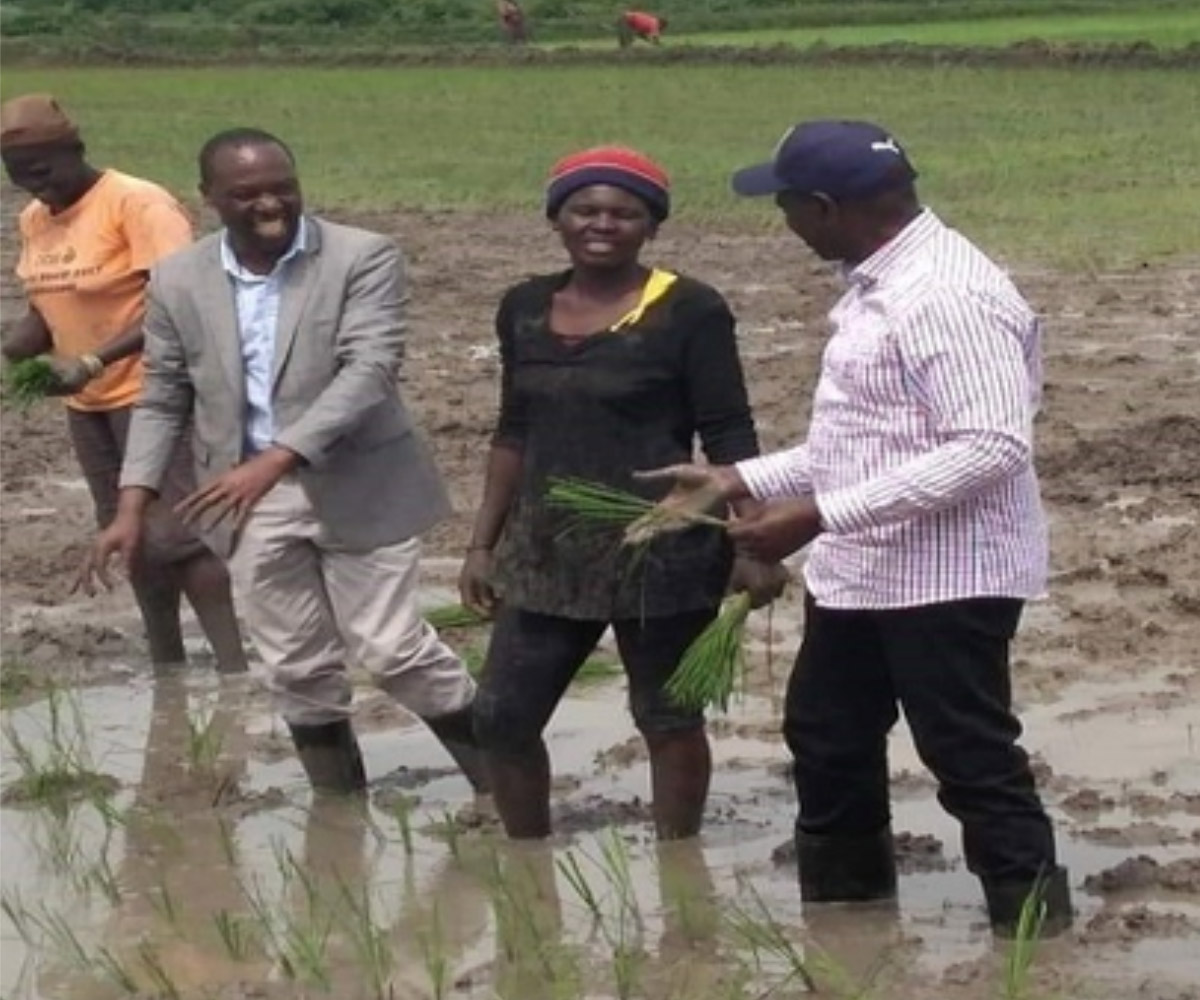 He was accompanied by the Principal Secretary State Department of Irrigation and the National Irrigation Authority General Manager/CEO Gitonga Mugambi where they joined farmers in transplanting rice in one of the rice blocks meant to benefit from the gravity fed system of the Lower Nzoia Irrigation Project.

The Government through National Irrigation Authority is implementing Lower Nzoia Project which targets 10,000 acres. Once finalized, the project aims to benefit 12,000 households with 5,000 acres under high value crops and 5,000 acres under rice and other food crops. The project has been financed by the World Bank/ International Development Association(IDA) at 70% and Kreditanstalt fur Wiederaufbau ( KfW) at 30% and the Government of Kenya; counterpart funds. Construction of the intake works is 90% complete while the cumulative completion status of all the project components is at 12.1%.

In addition, its completion will convert the Bunyala Irrigation Scheme from the expensive pump fed system of irrigation to gravity fed system. This will in turn reduce the cost of production and increase rice production in the scheme.
In his speech, Dr. William Ruto said the project was as a result of his promise to finding a long lasting solution to notorious floods in the region as well as address food security in-line with the Big 4 Agenda.