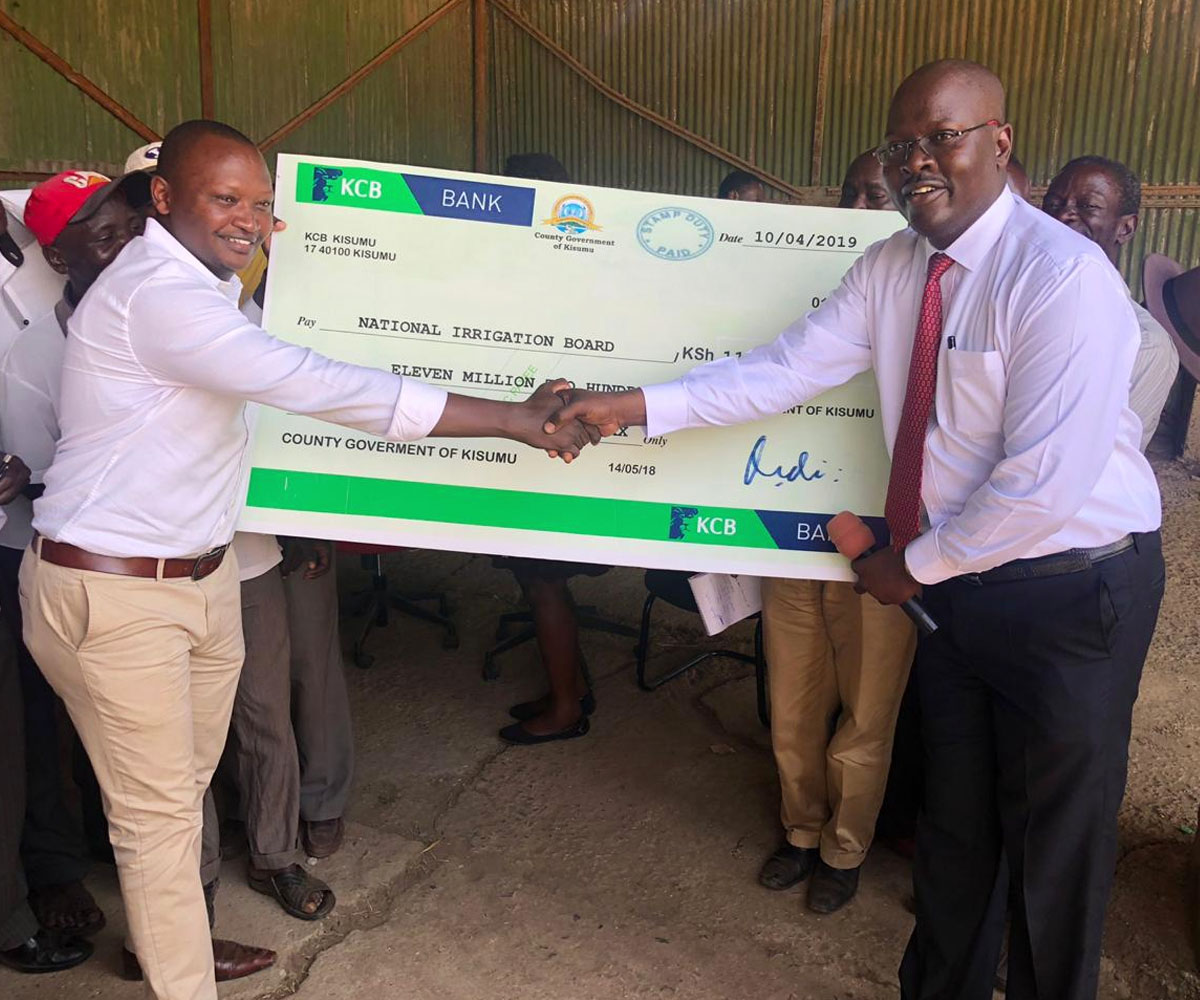 The money was promised to the rice farmers late February after hailstorm occurred in Kisumu with the hailstones damaging 100% of the rice crop in the farm.

A team from both the County Government led by the Governor and NIA team led by National Irrigation Authority (N.I.A) General Manager/ C.E.O Gitonga Mugambi, promised the farmers that they would work together to help the farmers recover some of their losses and prepare for the new cropping season.

The Governor Prof. Anyang’ Nyong’o during the visit in February, donated Ksh1.5M to slash and bale the destroyed crop, while (N.I.A) General Manager directed a waiver of seed and water charges worth Ksh.4 million to the farmers at Ahero Irrigation Scheme.
In addition, farmers were assured that special attention would be given to their school going children by ensuring that they are awarded county bursaries to keep them in school.